A fact that often escapes awareness at the national level and that deserves to be put back in the center to connect it with other sensational situations of contamination that pose the need for considerable public investments to be allocated to land reclamation. We talked about it with Domenico Fiordalisi , now a Cassation counselor in Rome, for many years a prosecuting magistrate in Sardinia. Activity awarded by several public awards. We turn to the jurist as well as to the judge, for the debate always alive on the nature of the crime of environmental disaster, a question addressed in the investigation of Città Nuova of June 2019 starting from the famous case Eternit of Casale Monferrato and the investigations of the judge Raffaele Guariniello .

The question of pollution linked to military bases in Sardinia is still alive. What evidence has emerged from the cases that you have been able to follow as a magistrate?

The pollution of the bases of military exercises is no longer a problem that only concerns the military administration but the entire community, the level of pollution of these areas can reach the food chain, especially where there are grazing flocks and livestock destined for consumption. human and where the water sources that feed an aqueduct of inhabited areas are located . The process that is being celebrated in Lanusei on the story of Europe’s largest military polygon in Sardinia, which I worked on as a public prosecutor in the investigation phase, has allowed us to discover areas such as the  «is pibiris» landfill of military waste on which cows grazed and the area in which the systematic destruction of bombs and obsolete armaments of World War II occurred until a few years ago. These are facts about which obviously only magistrates called to celebrate that process can express themselves.

What difficulties must be overcome in these types of investigations?

The difficulties of investigations in the military areas by the ordinary magistracy are linked to the specificity of these environments characterized not only by the rigid internal organizational hierarchy and military secrecy, but above all by the mentality widespread in society and in the judiciary itself that it is a sector where completely independent rules and practices are in force: one is thus led to avoid complex investigations that lead to facing too many “problems”. Some issues such as protecting workers’ safety, protecting the environment and human health,

must now receive the same attention as civilian workplaces. In recent decades it was considered normal to bury military waste without particular caution for the territory or to “shine” (destroy with explosions) the obsolete content of entire arsenals in a systematic way, without calculating the risks for the environment. The mentality, however, is changing positively in the military hierarchies themselves, also thanks to the careful action of the judiciary and the legislator.

It is even from the so-called ‘Bozzi Commission’ of constitutional reform, 36 years ago, that the subject of introducing an explicit constitutional recognition of the right to the environment has been raised in our system . A few years earlier, in 1979 the Cassation, with the famous sentence n. 5172 of 6 October had specified that each man, being the holder of inviolable rights, as an individual but also as a component of social formations has a fundamental right to health .

Even before the reform of Title V of Part Two of the Constitution, which introduced art. 117 the “protection of the environment and the ecosystem” among the matters reserved for the exclusive legislative competence of the State, although there is no specific reference to the environment in the Constitution, the Constitutional Court proceeded , in the process of preparing case law, to the identification and recognition of it as a constitutional value . And other judgments of the Court have followed one another over the years even after the establishment of the Ministry of the Environment , with the recognition of “the effort of the legislator toto give a specific recognition to the safeguard of the environment as a fundamental right of the person and fundamental interest of the community and to create legal institutions for its protection ”.

The debate, therefore, has been open for some time but, certainly also for the complex procedure that requires a constitutional reform, a reform has never been made in this sense. In 2003 Palazzo Madama had approved in a first reading a text that introduced the reference to the natural environment as a further object of protection by the Republic, A provision that was then extensively modified in the transition to the Chamber. That stopped for the end of the legislature. 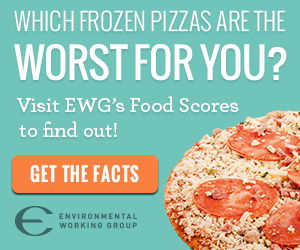